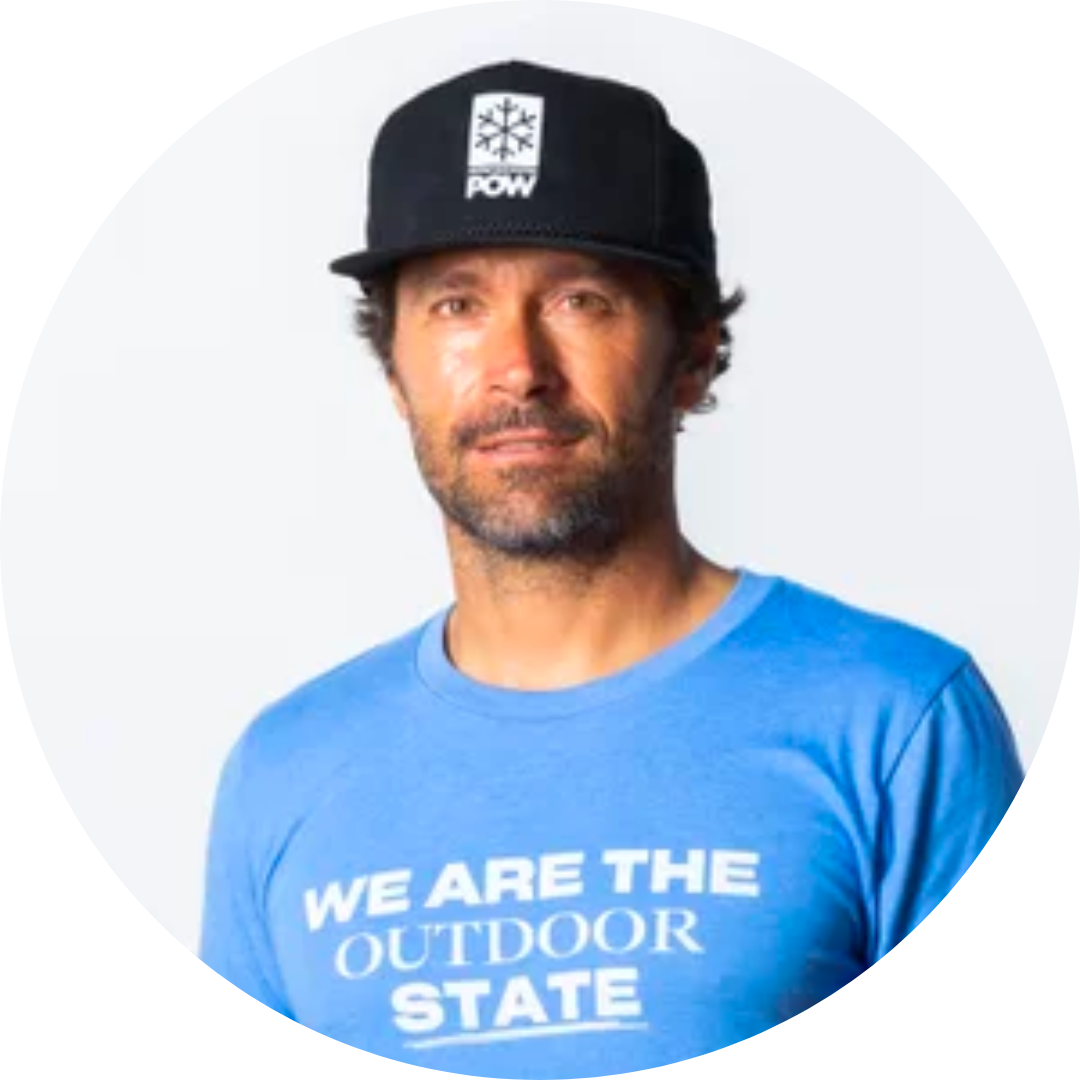 One of the most accomplished snowboarders in the world, Jeremy is also the founder of Protect Our Winters and Jones Snowboards.

As an award-winning snowboarder, environmentalist and entrepreneur, Jeremy Jones is widely regarded as one of the most accomplished action sports athletes of all time. Jeremy grew up in the United States' New England region, and started his snowboard career as a racer before switching his focus to freeriding, and taking his technical riding skills to the steeps of Alaska and beyond. Two decades of bold first descents and standard setting foot powered backcountry snowboarding expeditions around the world earned Jeremy eleven Big Mountain Rider of the Year awards from Snowboarder Magazine, and a 2013 Adventurer of The Year accolade from National Geographic. Adept at sharing his adventures on film, Jeremy has starred in over fifty snowboard movies including his signature Teton Gravity Research produced films, Ode To Muir, Life Of Glide, and the DEEPER, FURTHER, HIGHER trilogy.

In 2007, Jeremy founded Protect Our Winters, a global cause uniting the winter sports community against climate change. He was named a Champion of Change by President Barack Obama in 2013 for his work with the non-profit organization. A lifelong passion for snowboard design led him to launch his own brand, Jones Snowboards in 2008. Jones is committed to offering the most responsibly made and high performance technical outerwear, snowboards, splitboards and backcountry accessories on the global market. In recent years, Jeremy has focused on exploring his home mountain range, California's Sierra Nevada, where he lives in the town of Truckee with his wife Tiffany and two kids.

About Protect Our Winters

In 2007, pro snowboarder Jeremy Jones saw that more and more resorts he’d always counted on for good riding were closed due to lack of snow. Something was clearly going on, and he felt the need to act. But he couldn’t find any organizations focused on mobilizing the snowsports community on climate—there was a gap between the impacts that climate change was already having on our great escapes, and organized action to address it.

So Jeremy founded Protect Our Winters.

POW quickly brought on other concerned pro athletes, individuals, resorts, brand partners and passionate outdoor enthusiasts. Since then, POW has grown from a kernel of an idea into a worldwide network of more than 130,000 supporters.

This was the perfect group to give a national voice to the outdoor sports community, an industry that supports 7.6 million jobs and creates $887 billion in economic revenue. While the fossil fuel lobby may outspend environmentalists 20-1 in D.C., we share a passion that crosses party lines––a unique perspective that de-politicizes climate discussion––and an industry with an economic impact that can’t be ignored.

Our key formula for engaging upwards of 57 million outdoor sports enthusiasts globally? Relevance and authenticity. Though we dress up for meetings, in the end we are pro athletes, dirtbags and diehards; for us, the outdoors aren’t just a passion, but a way of life. That dirt on our shoes is authentic.

Right now, we have the luxury of worrying about how climate change might impact the outdoor industry. Right now, we get to help dictate the outcome rather than react to a foregone conclusion. But if we sit on our hands for the next two decades, we won’t be worried about powder days, tourism or having fun. We’ll be worried about the stability of our environment, our jobs and our economy.

Finding Common Ground: How To Be A Climate Advocate

Finding Common Ground: How To Be A Climate Advocate